The Tenderness of Wolves by Stef Penney 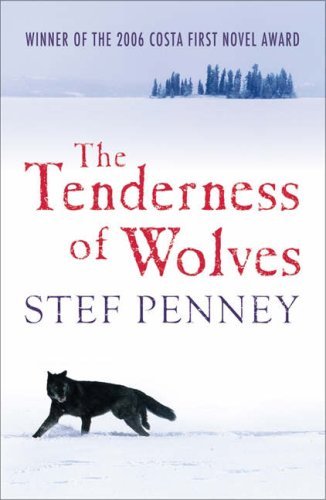 It is 1867, Canada: as winter tightens its grip on the isolated settlement of Dove River, a man is brutally murdered and a 17-year old boy disappears. Tracks leaving the dead man’s cabin head north towards the forest and the tundra beyond. In the wake of such violence, people are drawn to the township – journalists, Hudson’s Bay Company men, trappers, traders – but do they want to solve the crime or exploit it? One-by-one the assembled searchers set out from Dove River, pursuing the tracks across a desolate landscape home only to wild animals, madmen and fugitives, variously seeking a murderer, a son, two sisters missing for 17 years, a Native American culture, and a fortune in stolen furs before the snows settle and cover the tracks of the past for good. In an astonishingly assured debut, Stef Penney deftly waves adventure, suspense, revelation and humour into a panoramic historical romance, an exhilarating thriller, a keen murder mystery and ultimately, with the sheer scope and quality of her storytelling, one of the books of the year.

I really enjoyed this book, and only have one complaint, which I will deal with now:

There were times when I was not convinced I was in 1867, it felt a touch too modern.

However, there is so much good stuff that can be send about this book. I did feel like I was there on the journey, struggling through the snow. I loved the characters, all were written so well and I was convinced by them all. They were all memorable and all sparked different emotions in me. My favourite character was probably Parker, I liked how his character developed and the outcome.

I think the best bit of the book was the fact there was suspense all the way to the end. The final pages are so exciting! There were several story lines running alongside each other, and two that I don’t think were finished but that doesn’t spoil the book at all. I liked how all the characters were linked in the story lines and how all the different stories are interwined.

The writing style is fairly unique too. Mrs Ross is written in first person, and the rest of the characters are written in third person. I liked this style, it is different but very readable.

Overall, I thoroughly enjoyed this book.